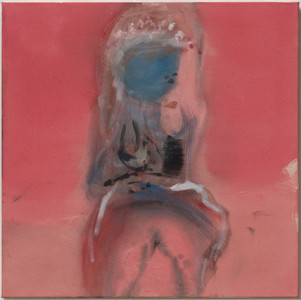 Galerie Peter Kilchmann is pleased to celebrate its 30th anniversary with a wide-ranging anniversary exhibition and associated publication. Entitled 30 Years Anniversary Exhibition, it brings together 48 artists who have all helped shape the gallery's history in their own way and at one point in time. The exhibition will occupy all rooms in the gallery on Rämistrasse and present over 50 artworks spanning three decades.

In 1992, Peter Kilchmann opened his first gallery space in the former Schoeller-Hardturm factory in the west of Zurich. A small group of galleries had ventured into this neighborhood, which at the time had little of its current hip veneer and was considered a purely industrial district. It was a move driven by curiosity and a pioneering spirit that helped to advance the contemporary art scene in Zurich. A programmatic focus at the beginning was particularly on the media of photography and video art, which at the time were still little established and rarely shown in galleries.

The first four years of the gallery, which I would describe as a warm-up phase, began in small premises at Hardturmstrasse 127 in the west of Zurich - which at that time was hardly perceived as a "city" and had not yet been gentrified. With the move into the Löwenbräu-Areal in 1996, my gallery came of age. In these exciting 14 years, between 1996 and 2010, the gallery developed into an internationally operating, successful enterprise. With the move to Zahnradstrasse 21, into the Diagonal building next to the Prime Tower, and the opening of further premises at Rämistrasse 33 in January 2021, the gallery became increasingly larger. Each new step was associated with curiosity and euphoria, and always also with a certain amount of risk. Today, I am happy to say that this path was the right one for the gallery. My focus is always on positioning of an artistic work as successfully as possible. With the opening of premises in October in Paris at 13, rue des Arquebusiers in the Marais, I look forward to opening another chapter in the history of the gallery. (Peter Kilchmann)

In the beginning, Peter Kilchmann exhibited mainly artists of his generation and since then he has strived to pave the way for a young generation of emerging artists. Over the past three decades, the gallery has developed a strong program representing artists from Europe, Latin America and the United States. Most of the gallery's artists take a conceptual approach with socio-political and poetic themes and cover all kinds of artistic expression, including painting, video, film, photography, installation and sculpture today. The anniversary exhibition will highlight this diversity of individual approaches by each artist and bring together their paths and perceptions. What all artists have in common is the firm position with which they know how to convey their point of view and get the viewer to engage with the respective object.

The exhibition and the associated publication are also intended as an occasion to celebrate with the artists and the loyal collectors, institutions and visitors the many collaborations, projects and friendships that the gallery has been able to experience in recent years. For it is these special people and experiences that have helped shape and accompany the gallery's journey over the past 30 years.