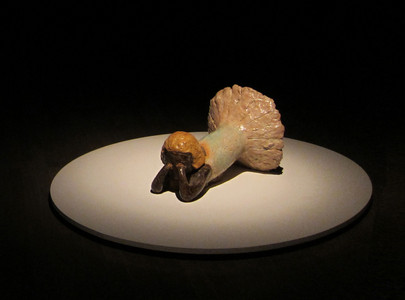 In the four years since Josef Helfenstein took the helm as director of the Kunstmuseum Basel in 2016, we have recorded almost a thousand accessions to the Öffentliche Kunstsammlung Basel, the public art collection of Basel; the Kupferstichkabinett (Department of Prints and Drawings) alone has added over eight hundred works. Presenting a selection from these riches, the exhibition at the Neubau also offers insight into the institution’s collection-building efforts.
The Öffentliche Kunstsammlung has been growing steadily for centuries. Generations of museum leaders, donors, and artists contributed and still contribute to its flourishing. Yet it is the rare exception when a new accession attracts the attention of the wider public.
Basel has been blessed with a tradition of vigorous philanthropic commitment to the common weal since the sixteenth century, complemented by a strong affinity for culture and scholarship that has benefited the Öffentliche Kunstsammlung at several crucial junctures. A period of dedicated collection-building focused on the international modernism of the nineteenth and twentieth centuries began after the First World War. Our holdings continued to grow after the Second World War in no small part thanks to the largesse of private benefactors including Raoul LaRoche, Maja Sacher-Stehlin, Marguerite Arp-Hagenbach, Richard Doetsch-Benziger, Max Geldner, and Martha and Robert von Hirsch, who gifted or bequeathed their—in some instances, sizable—private collections to the museum. Financial donations, meanwhile, made it possible for the museum to enlarge its galleries; in particular, the munificence of Maja Sacher-Stehlin enabled us to establish the Museum für Gegenwartskunst in 1980. A second new exhibition building, the Neubau, was inaugurated in 2016 thanks to the providence and generosity of Sacher-Stehlin’s granddaughter Dr. h.c. Maja Oeri.
Working with limited funds, all directors in the Kunstmuseum Basel’s history assiduously sought to enlarge its collections at a high level of quality, retrospectively closing gaps while also looking to the future in integrating contemporary positions. Tendencies in art history as well as social developments have always informed the museum’s collection-building policies. A key challenge for today’s acquisition program is to honor the collection’s longstanding international renown while diversifying our holdings and expanding the traditional canon, including by enlarging our stock of works by outstanding women artists.
One field in which we were able to welcome major new accessions in the past four years, in part thanks to financial support from foundations, is American postwar art, with acquisitions of important works or ensembles by Lynda Benglis, Sari Dienes, Theaster Gates, Sam Gilliam, the Guerrilla Girls, Martha Rosler, and Kara Walker—all of them artists who had been missing from the canon of the Basel collection.
The Kunstmuseum owes many of these accessions to the generosity of donors, who often give works that would exceed our financial resources. Some of the new arrivals promptly made their Basel début in our collection presentation, including the Christoph Merian Foundation’s sensational gift of seven eminent works by Pablo Picasso, Paul Klee, Alberto Giacometti, Fernand Léger, and Jean Dubuffet from the Probst Collection in the spring of 2019, which have been on view in the Hauptbau’s second-floor galleries since July 2020. The collection presentation also features paintings by Lucas Cranach, Caspar Wolf, Auguste Renoir, and Ernst Ludwig Kirchner.
Moreover, the Kunstmuseum’s holdings would not be anywhere near as abundant as they are without the largesse of the artists themselves. It is a tradition that goes back to the nineteenth century, when Samuel Birmann, in his will, established an endowment fund that even today enables us to acquire works by Swiss artists. Among the most celebrated gifts made by artists are those of Pablo Picasso (1967) and Jasper Johns (1994). We are enormously pleased that this tradition is alive and well today.
The Kupferstichkabinett, too, has benefited handsomely from the munificence of donors in the past four years. Several patrons who had unstintingly supported us before demonstrated their devotion to the Kunstmuseum with fresh gifts, some of which have closed major gaps in the collection. A salient example is Dr. h.c. Eberhard W. Kornfeld’s second donation of prints by Rembrandt—this time, a set of thirty-one etchings of outstanding quality, which will be on display in a separate focused presentation in the main building that is scheduled to open in October. With two drawings by Hans Weiditz the Younger and Antonio Tempesta, the Kupferstichkabinett also boasts significant new additions to its holdings of sixteenth-century art.