Museum Ludwig, Cologne - History of a Collection with Civic Commitments 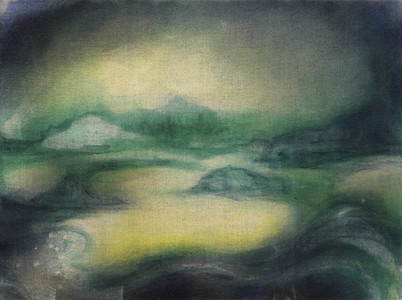 The National Art Center, Tokyo and the National Museum of Modern Art, Kyoto will host Museum Ludwig, Cologne ‒ History of a Collection with Civic Commitments as a presentation of the Museum Ludwig’s superlative collection of art from the early 20th century to today.

Administered by the City of Cologne, the Museum Ludwig features collections largely formed of works donated by private citizens. The patrons were people who lived through the tumult of the 20th century—two world wars, followed by the division of Germany and then its reunification. They suffered the same adversities, stood up to new challenges, and turned their eyes to contemporary artists inspired by the winds of change sweeping across society.

This exhibition spotlights the Museum Ludwig’s signature collections with a focus on the private collectors who supplied the works. Among the donors are the Ludwigs, the namesake couple who were the face of the museum during their lifetime. Peter, an entrepreneur, and Irene studied art history together as university students and later bestowed upon the museum the pieces that form the cornerstone of its holdings—Europe’s finest array of Pop Art, precious examples of Russian Avant-garde, and many outstanding Picassos. There is also Josef Haubrich, a Cologne lawyer who contributed the bulk of the museum’s assemblage of modern German art, particularly works of German Expressionism and Neue Sachlichkeit (New Objectivity). Soon after the end of World War II, he gifted the City of Cologne with the exceptional art he had protected from the ravages of that conflict, and in doing so provided hope to his compatriots. In addition to these mainstays, the exhibition also presents selections from a photography collection of astonishing quality and size that evolved from works sold or donated by L. Fritz and Renate Gruber, as well as pieces acquired since the beginning of this century through diverse initiatives for energizing the contemporary art scene.

The Museum Ludwig has long served as a nexus that links the commitment of art lovers with the community through their gifts and support. The exhibition’s 152 selections—encompassing oil paintings, sculptures, other 3D artworks, videos, photographs, and more—are a testament to the vibrant interaction between art museums and citizens. It is hoped that this presentation will be an opportunity for visitors to reexamine art museums’ roles and significance within our society.

With the support of: Consulate General of the Federal Republic of Germany Osaka-Kobe